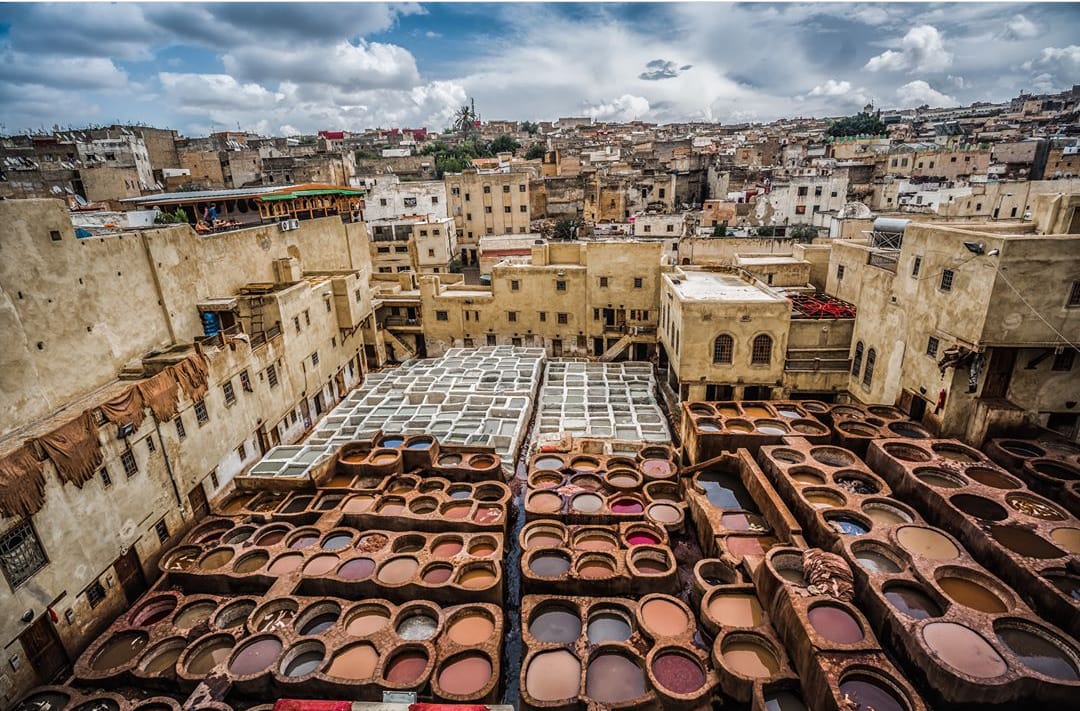 Day 1: Arrival at Fes:
Transfer from the airport to the riad depending upon your arrival and start the tour of the old city of Fez (Fes el-Bali) and its medina, the largest and most famous of all the Arab world, entering from the Bab Boujloud, the most famous port and heading towards Dar Batha, a Hispanic-Moorish building which houses a beautiful Museum of popular art, continuing with a visit to the madrasa Bou Inania, Koranic school of Fes in Morocco, where young people studying the Koran between rooms, oratory and a beautiful patio. The visit continues then through the tannery Chouara, you will discover affascinabte leather processing, by first cleaning up the coat colouring with natural tints. We then Qaraouiyine mosque, founded in the 9th century by a woman, The sightseeing stops along the square, where ottonai and Seffarine tinkers live in adjacent streets and square. Will emerge from the medina through the Bab Semmarine, dinner and accommodation in a Riad. 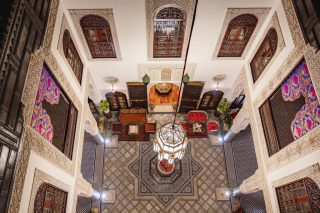 Day 2: Fes-Meknes ;
after breakfast departure from Fez to Meknes, the smallest of the imperial cities. A visit to this city will start crossing the Bab Mansour, the most important and notable among the ports of Meknes. From here to the mausoleum of Moulay Ismail, where appropriate clothing is required. is the most important monument of the Imperial City, built with walls of clay beat mixed with straw and pebbles (pisé). Then we will enter in the heart of the medina through the El-Hedim square, visiting the market and suk From Meknes dinner and accommodation in a typical riad. 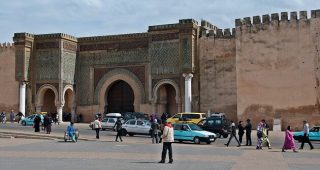 Day 3: Meknes-Azrou – Midelt Rissani Merzouga;
after breakfast you will depart for azrou, exceptional a1650 m site, nicknamed the Switzerland of Morocco where you can admire the storks that nest on the roofs of the houses. After you make a walk to Azrou and seguitosi will start direzionedi in Merzouga, in the Sahara desert. The first village you meet along the way is Azrou, Berber origin, located in the heart of a 53,000 acre naturaledi Park on a limestone plateau surrounded by forests of Cedars and Oaks, among ancient volcanoes. Azrou is most famous for the presence of a large number of monkeys in the forest that surrounds it. Will take the road that climbs up the Middle Atlas until the Zad and the town of Midelt in 1488 m altitude. Midelt is a place not particularly touristy but historically famous geologicocon life colorful and amazing crystal structures. Here you can take a break for lunch. From Midelt, the road continues through beautiful Gorges du Ziz until you reach Errachidia in southern province. We come then to Rissani, the door of the desert and here in Merzouga in the late afternoon, before sunset you can enjoy the nearby dunes of Erg Chebbi walking. Here is a typical dinner in front of the fire and the sound of drums and songs of Berber, Tuareg populations and southern Morocco. (night bivouacking – Berber tent).

wakes up early in the morning to see the sunrise and the different colors of the dunes than sunset. Then return to the hotel at Camelback and after the shower in the hotel will take the 4 x 4 for a tour to the caves where the natural desert fossils; you will go to the small and ancient village of Tissrdmin where many movies were filmed, taking the road where it passes even the rally Paris Dakar and passes through the desert with its black volcanic stones where we will take the family with a touareg. We arrive then at Kamlia village, famous for its inhabitants from Africa and black for their music. This village is very famous for the festival of music and dance which takes place every year during the first week of August. From here we will see Dayet Srji Lake with its pink flamingos. You will then eat the pizza Rissani where Berber with its 44 spices along with a family from which we touareg, traditions, customs and traditions and there will be shown objects that here come with caravans. Rissani was once the economic capital of Morocco and the caravan Centre departing for desert. Visit the Kasba of this town. You will return to the Hotel to spend the night in Riad. 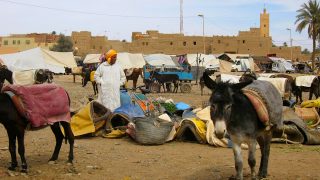 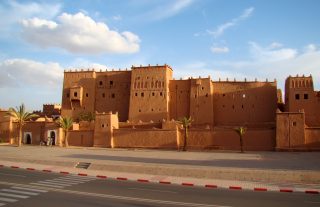 Day 6: Ouarzazate-the Cascade of Ouzoud;
after breakfast departure to the city of Ouarzazate, the Kasbah of Taourirt. Movie studios; the kasbah of Ait Ben Haddou. After you take the road towards Demnate, doing the step of the Tizi-n-Outfi (2150 m) crossing the Middle Atlas mountains and several Berber villages along the way. Here the landscape and the colors of the mountains is also changing with the passage of time, and then sunlight, from ochre, pink, to red to blue. You will make a stop at Imi-n-Ifri, cave mouth in Berber, passeggerà and take spectacular photographs. From here it comes, always continuing to cross the Middle Atlas up to the beautiful waterfalls of Ouzoud, 110 m high, considered one of the most beautiful places to visit in Morocco. Here you can take a walk in the Green and bathe in the fresh water of the river. You a good relaxing holiday and we will pass the night in a local hotel.. 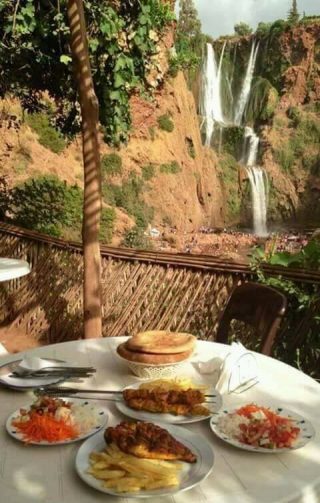 after breakfast we leave for 3 hours of street Marrakech arrival and start the tour of the Imperial City Marrakesh through its various Souks (Souk Smata-booties, Suk Haddadine-iron manufacturers, Chouari-Suk of basket weavers, Cherratine-Souk where you work the leather, jewellery Souk). From here you will arrive at the Ben Youssef mosque, the Koranic school bigger and beautiful part of the city, close to the Mezquita mosque and La Koubba almoravide and the Museum of Marrakech, where we will make a visit. Moving to another area of the city we will visit the Palace of Bahia, or the ” beautiful ”, the nickname of the favorita, rich dwelling of vizier Ba Ahmed, built around 1880, and from there to the Dar Si Said Palace, also the beautiful residence of the brother of the Vizier. Near these two buildings will be able to see the exterior of the mosque El-Mansour, also known as dellacasba mosque, easily recognizable thanks to its minaret with turquoise arabesques. It then continues with the visit of the Saadian tombs, whose garden belonged to the mosque El-Mansour, who guard the sepocri rulers and family members of this dynasty. Return to the hotel and dinner. After dinner, walk to the large square Jamaa el-Fna square where we will find its characteristic peddlers, guaranteeing a continuous show. Will meet fortune tellers, snake charmers, music groups, water bearers, tattooists. Overnight accommodation in a riad.
day 08: Marrakech marrakech airport
after breakfast departure to the airport for the flight to Italy depending on flight times. End of our services. 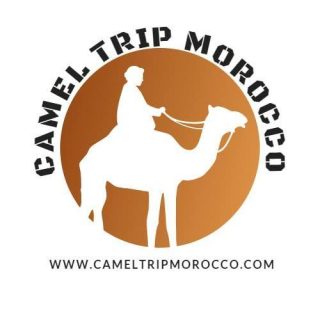 previous7 Days From Fes to Marrakech Via Desert

next9 Days Trip from Fes to Tangier 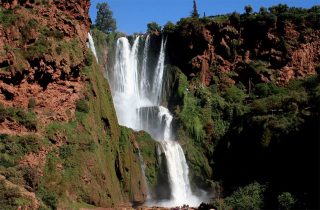 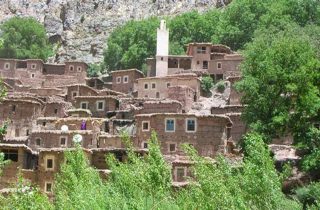 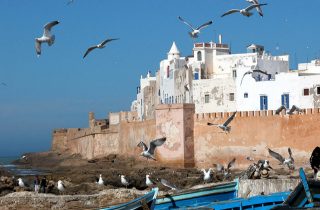